Famous as the homeland of Quan Ho folk song, Bac Ninh not only sticked with this alone. With only 30 kilometers away from the Vietnamese capital Hanoi, Bac Ninh has its stunning scenery and peaceful ambiance, which is ideal for friends hang outing and alone backpacking. 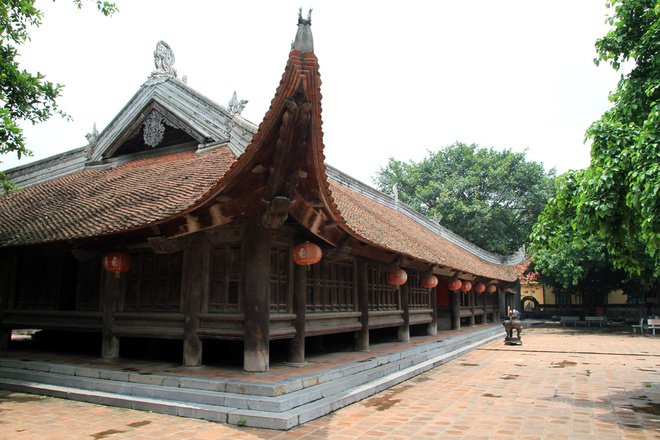 Bac Ninh climate is featured by the tropical monsoon, plus being eventually divided into four tough seasons around the year: spring, summer, fall and. In addition, Bac Ninh climate can be divided into two main seasons: rainy season which is from May to October and dry season lasts for the next months.  The annual average temperature is approximately 24ºC. Bac Ninh has some very humid months, and above average humidity throughout the year. The least humid month is December and the most is March. It can be considered that the best time to visit Bac Ninh is between November – April.

In ancient time, Bac Ninh was once the trade center of Vietnam, starting from the 2nd and ending in 10th century. The province is also the homeland of Buddhism, which bloomed in the Ly Dynasty in the 10th century. Thus, your journey to Bac Ninh would be a itinerary to system of old pagodas and temples, reflecting its culture and architecture of Buddhism. There are plenty destinations in Bac Ninh worth a visit:

Nationwide well-known pagodas located in Bac Ninh include Keo Pagoda, Dau Pagoda, But Thap Pagoda, Phat Tich Pagoda, Do Temple,… Those pagodas are part of the precious tangible cultural value of the province which has been preserved through generations.

Most festivals of the temples and pagodas in BacNinh take place in spring. Therefore, after the Lunar New Year, Bac Ninh is a favorable destination for visitors from all over the country. Additionally, Bac Ninh is famous for being the cradle of Vietnam’s traditional folk song –”Quan Ho”.  “Quan Ho” was recognised as the Intangible Cultural Heritage by the UNESCO in 2009. This kind of art is annually performed at Lim Festival which is often celebrated on 13th of the first lunar month. For foreign tourists, the experience of joining this festival, listening to “Quan Ho” songs will be an unforgettable experience.

Bac Ninh province is also praised for its traditional handicraft villages, such as Dai Bai Bronze village, Dong Ho Paint village, and Phu Lang Pottery village. Visit Bac Ninh and spend haft a day to join in the daily life of the villagers, trying making handicrafts in a traditional way may create a unmissable experience for your journey. Especially, you can try making some products on your own and take them home as small gifts for your beloved ones.

SEE AND DO IN BACNINH 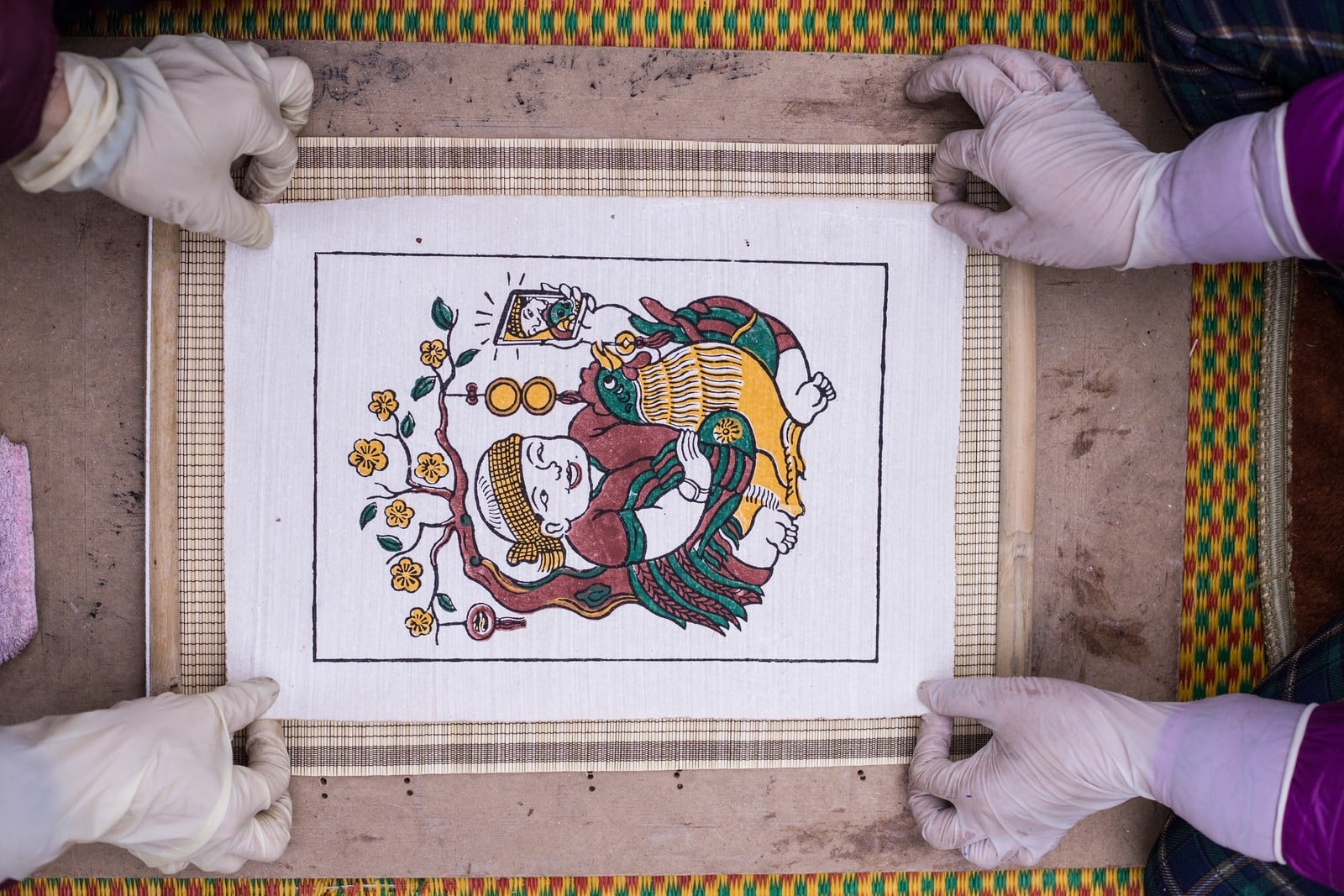 Dong Ho Painting Village, set within BacNinh, is famed for its traditional folk paintings, and become one of the pride of the villagers. Located along the Duong River, this traditional village also offers travellers a relaxing break from Hanoi’s bustling cityscape.

In the process to create a Dong Ho painting, the craftsmen has to carve a wooden block into different shapes, then brushing a layer of ink onto each block, next pressing them on a traditional “Zo” paper. The process requires much meticulousness and talent.

Phat Tich Pagoda, located in BacNinh, is a cultural and historical relic in Viet Nam which contains cultural and sculptural values remaining since the Ly Dynasty (the 11th century). Inside the pagoda lying a Amitabha Buddha stone statue dating back from the 10th-11th centuries. The columns of the pagoda are decorated with intricately carved lotus flowers and orchestra with artisans playing various types of traditional musical instruments.

Constructed in 1700-1736 by a Dinh Bang native, Dinh Bang communal house is nowadays praised as the long-lasting and biggest historical communal in the country. It is completely made of lim wood – a rare and precious kind of wood, and still mostly remained the same-as-origin architecture after 300 years. The communal house is built to worship the King of Mountain spirit, King of Water spirit, and God of agriculture, together with six individuals who rebuilt Dinh Bang village in the 15th century.

But Thap pagoda is considered to be one in the oldest pagodas in the country, which its age lasting for more than 800 years. The pagoda was first built in the thirteenth century in the Tran Dynasty and still remains until today. The original architecture also helped make the pagoda famous. The complex suggests an ancient royal palace, but here, it is religion that is celebrated. Inside the pagoda still preserves many antiques of the generation, make it become an interesting historical destination to visit.

BacNinh is 30km from Hanoi, 110km from Haiphong, 20km from Bac Giang, 45km from Noi Bai International Airport. It is on the National Highway No.1A, 18, 38. It’s easily get to Bac Ninh from anywhere above by various mean of transportation. As it’s really near Hanoi, you can take a taxi to get there easily. It will take about 30m-40m for the travel with the price about $27 – $35.  Or you can drive from Hanoi to Bac Ninh without any difficulties in around 25min, strolling around for a day and turn back on the same day already.