Binh Thuan located on the country’s South Central Coast. It is sometimes seen as part of the Southeast region. It is known for its scenery and beaches as well as a number of sites of archaeological significance. Bình Thuận is one of the most arid provinces in Vietnam which receives less than 800mm of rain per year.

Mui Ne is a traditional fishing town in Binh Thuan Province that became a ward of the City of Phan Thiet in 1999. Mui Ne was listed in Vietnamese National tourist area, 220km northeast of Ho Chi Minh City (on current highway) 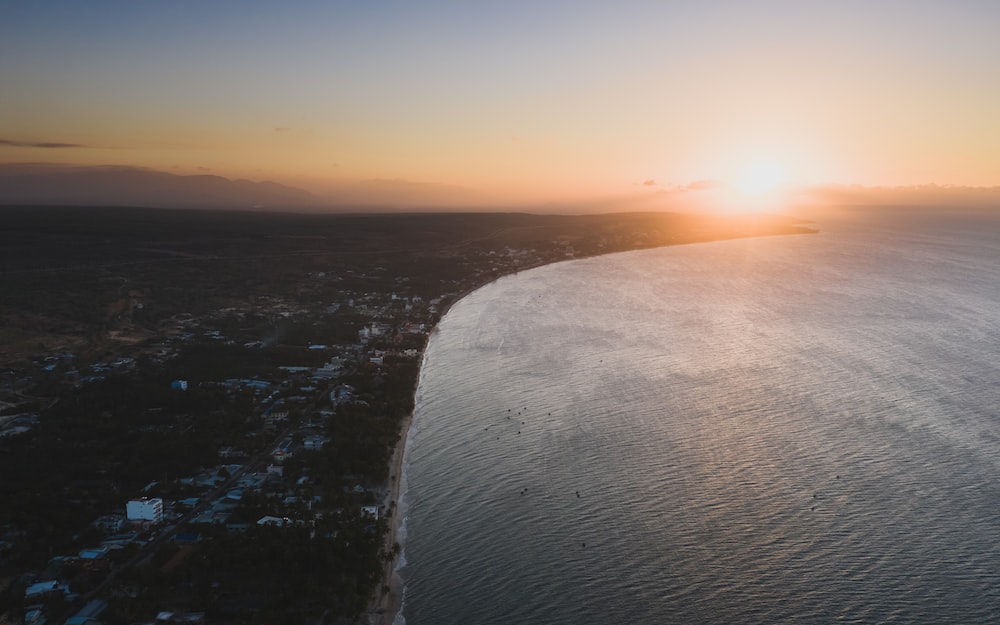 The name ‘Mui Ne’ interestingly has many origins. The first meaning comes from the fishing people in the past. They usually faced sea storms, so they hid in a cape, which was called ‘Mui’ in Vietnamese, and ‘hide’ meant ‘Ne’. The second one originated as the name of the youngest daughter of Cham King – who was known as the owner of this  land. Her alias was Ne, therefore, the cape where her temple was built, was called ‘Mui Ne’.

Mui Ne is the harmony of the yellow color of fine sand and the deep blue of the sea,  with wonderfully warm weather and pure atmosphere, which attracts millions of domestic as well as international tourists. The typical scenery of Mui Ne lies in the moving lines of the golden sand caused by the wind and when they are from a far, they look like moving waves. The beautiful sand dunes of Doi Cat have long been a creative topic of photographs and paintings. This place is appropriate for rest or relaxation all year around with many interesting activities like taking sea bathing, playing water sports such as parachute pulling, fishing, but the most notably one is kite and windsurfing.

The Reunification Express trains between Ha Noi and HCMC stop here. There is also the local train from Phan Thiet to Ho Chi Minh City (1trip per day)

A train runs daily from Ho Chi Minh City to Phan Thiet, departing around 06:30 and arriving five hours later. The return trip leaves Phan Thiet around 13:30. The cost is quite modest at around 60,000 dong per person each way.

Other tourist attractions in Binh Thuan 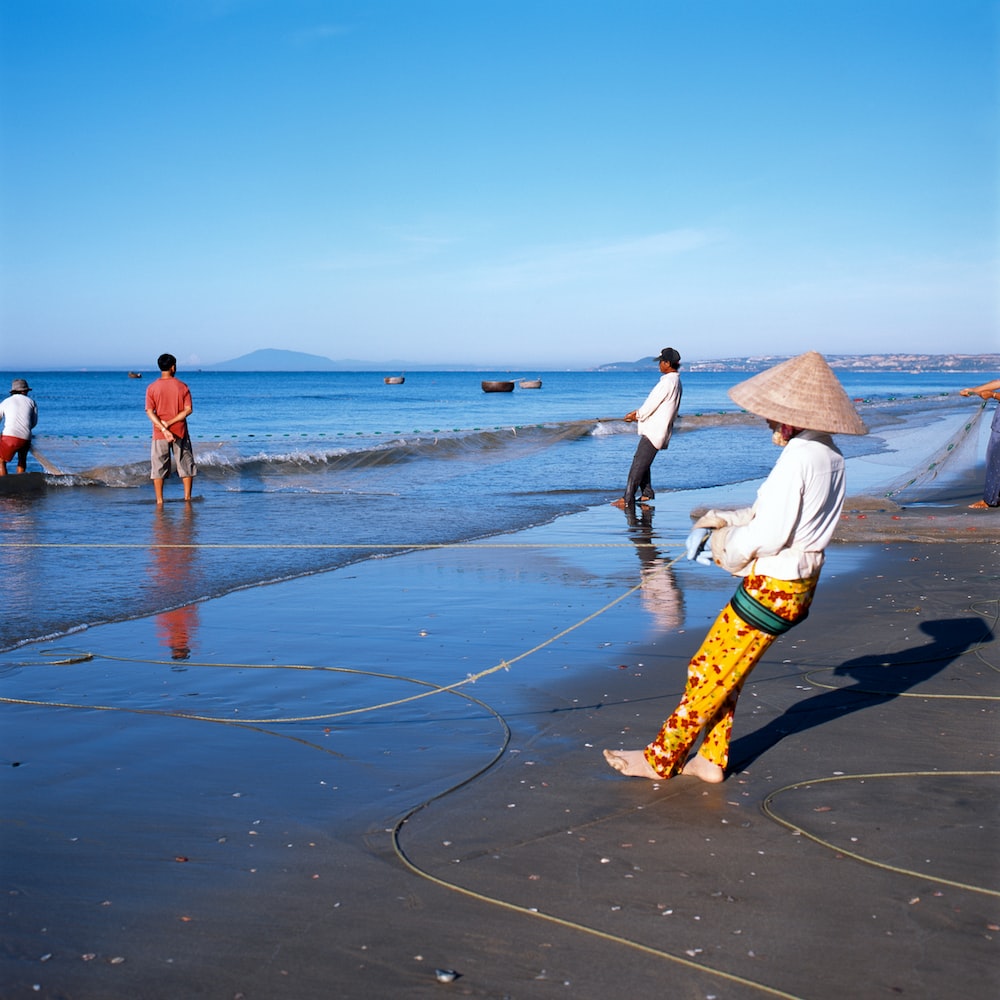 Obviously, lots of beautiful spots in Mui Ne attract domestic as well as international tourists, such as Ca Na Beach, which takes a 2-hour drive from Mui Ne and provides probably the best coral reefs and diving opportunity in Vietnam, Fairy Springs (Suoi Tien) – a stream where people can sightsee the local wildlife (birds, crabs, fish, frogs, many exotic flowers, etc.), Fish Sauce Plants, where famous Phan Thiet fish sauce (nuoc mam) is produced and sold all over Vietnam, Phan Thiet Water Tower, designed by Prince Suphanouvong of Laos – also the symbol of Binh Thuan province, Takou Mountain – 1-hour drive from Mui Ne Beach, which has not only beautiful tropical rainforest, but also an old pagoda on top of the mountain, PoShaNu Cham Tower – a relic of Cham culture built in the 8th century, which should not be missed, etc. The most must-see one is the Sand Dunes (Doi Cat), where the dunes turn from white to gold (red dunes can be found further south in Mui Ne Village).

Tourists arriving in Mui Ne can also enjoy the atmosphere in Mui Ne Village Market, which sells lots of fresh fruits and inexpensive clothing. Best time to visit is early in the morning.

10 kilometers from the beach, Mui Ne’s red dunes (Provincial Rd.DT706B) are the most easily accessible of the are’s sands, through not the most scenic. Spilling out onto the nearby highway, these gentle brick-red hills change with the wind, shape-shifting at the mercy of strong gusts. Some of the dune’s appeal has been lost in recent years, as a cluster of roadside drink shops have set up across the street and tend to be relentless in their sales pitch. 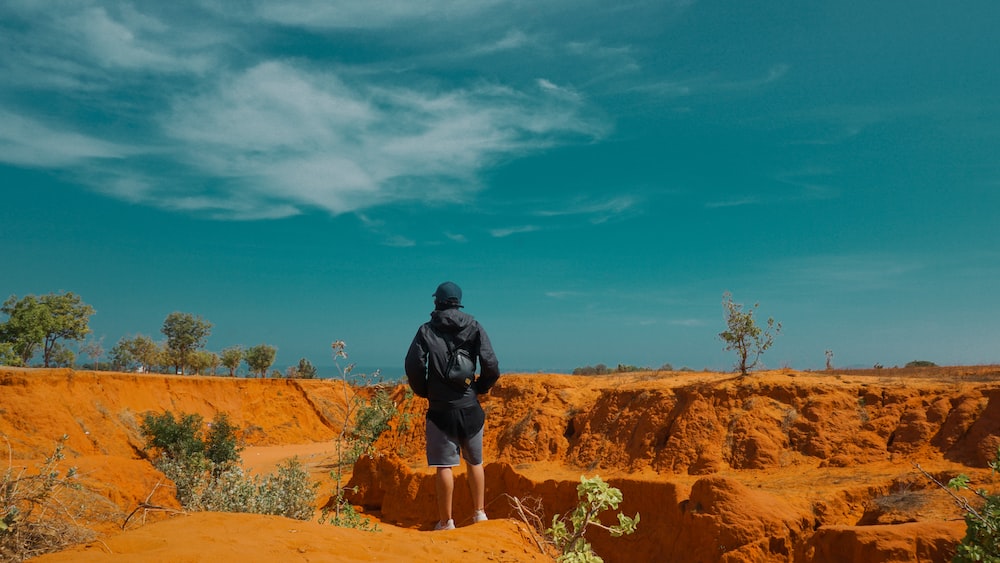 The white dunes (29 kilometers northeast of Mui Ne, 7am – 5pm daily, VND15,000 adults and VND7,000 children) offer a more dramatic, windswept landscape than those closer to town. As you approach, you will see the sun-bleached sand from afar, standing in  stark contrast to the long and narrow turquoise lake at the edge of the dunes. A small foot path leads visitors into the hills, where you can trudge up the sands to catch a glimpse of the scenery. These dunes are also susceptible to regular changes from the breeze and surlines, the barren hills become a stimulating landscape. 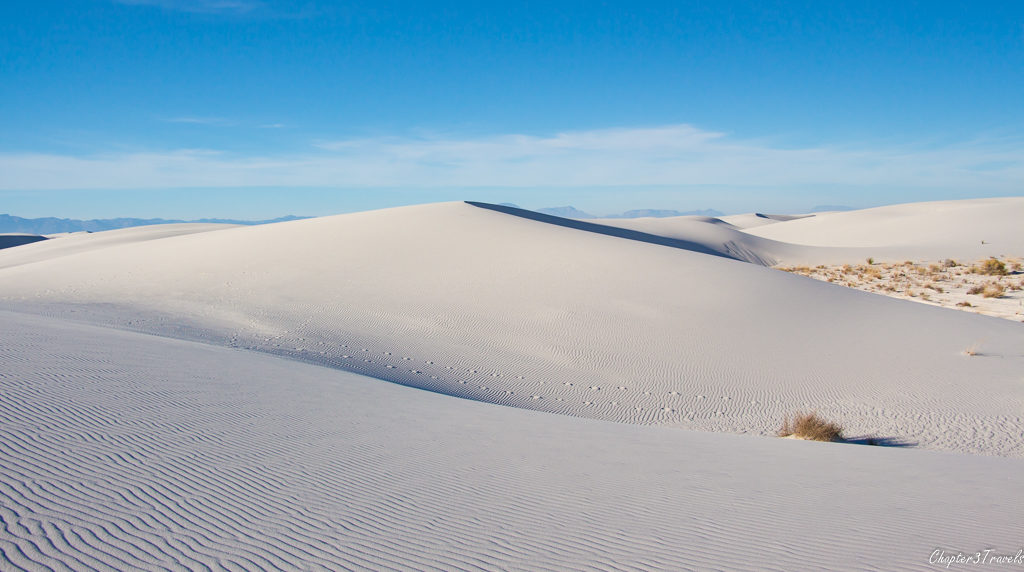 Bring along a hat and sunscreen, as both the drive along the coast and the hills themselves offer no escape from the sun. You can be able to rent all-terrain vehicles (VND300,000-600,000 for 20 minutes) for a brief ramble across the dunes, though these are fairly expensive.

Visitors have to pay a VND15,000 entry fee at the top of the path before entering, but this is subject to the time of day, as you may occasionally find the ticket booth empty and no one around the collect the entry fee. The dunes are easy to reach by motorbike follow the road along the shoreline and turn left at the faded sign for Bau Trang.

Bau Trang was formed a long time ago; as for its name, this is a fresh-water lake in the middle of the vast san dune. The lake water is very fresh and clear, which has the area of 70 ha. From the distance, visitors can see a cool green color covering the white and sand dune.

A dune divides Bau Trang into two parts, Bau Ong (Man Lake) and Bau Ba ( Lady Lake). Along the lake side, there are many lotuses which grow naturally, and bloom in almost seasons that have complemented to the sand dune a blaze of color.

Travel here, you can hire local boats for going on excursions, enjoying the lake view and fishing or camping at the lakde side.

Top things to do in Mui Ne – Phan Thiet.

Kitesurfing is offered by many outfitters and hotels. Kitesurfing instruction is available, starting at US$60/hour, beginners package of 7 lessons start at US$350. From November till March you generally will have strong winds every day. The Winds in Mui Ne emerge by thermal movements, after the shores got warmed by the sun. You will have perfect wind everyday from 11:00 until the late evening.

If you are a beginner but already can practice independent without an instructor, you might avoid the area around Sunshine Beach Hotel/Sankara/Wax, because there are too many kite surfers and swimmers which may lead to accidents, particularly if you can not fully control the kite. Try the western part of beach front around the Kitesurfing School Windchimes. There are less kiters in this area and you can practice without bringing you and others into danger. 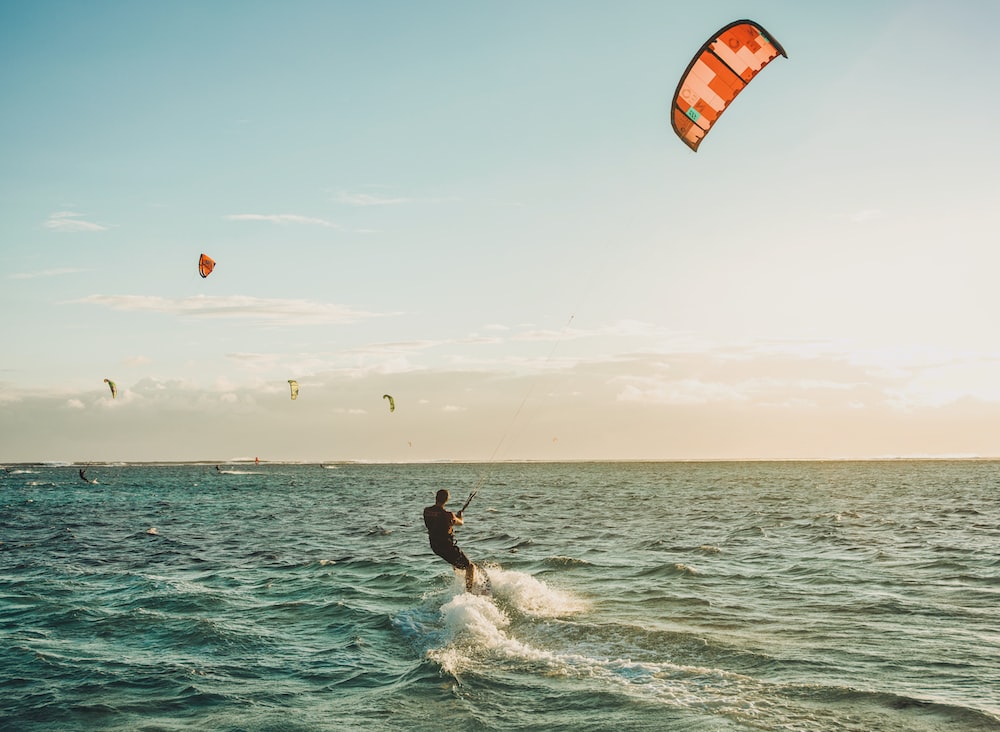 All-terrain vehicle. You can ride one on white sand dunes. 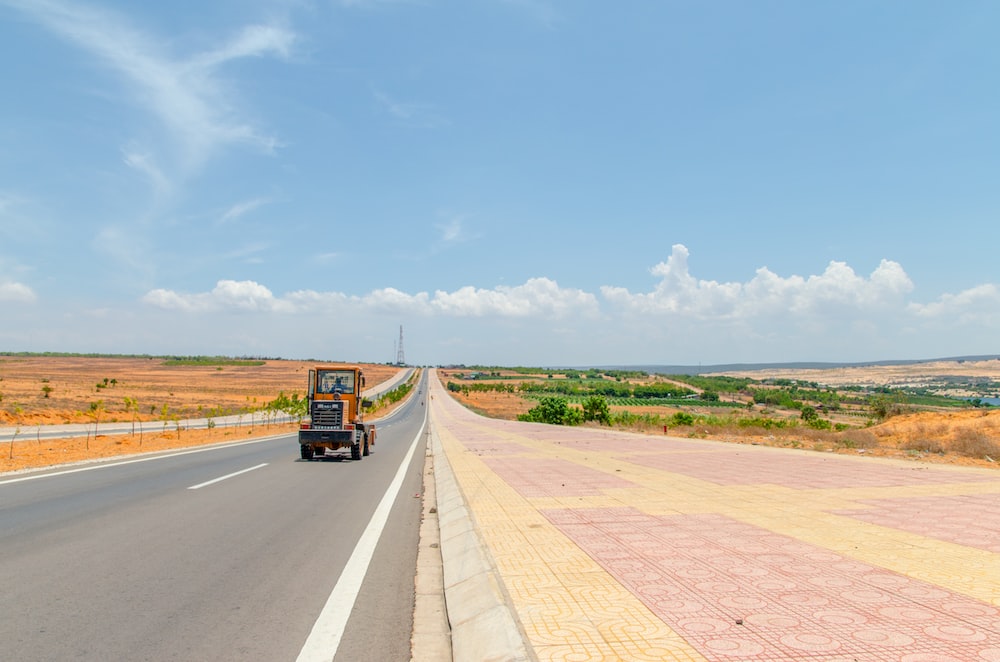 Day tours (US$10-13) Travel agents and restaurants abound with day tour offerings. The standard half day tour takes in the fishing village, fairy stream, and the red and while sand dunes.

Mui Ne is the only place in Vietnam where you can fly hot air balloons. A balloon company has European management, balloons, and pilots. Most flights take place over white sand dunes. When the winds in dunes are too strong, flights take place from Phan Thiet city centre

Manta Sail Training Centre was newly founded in 2010 and water sport has been gaining popularity since then. Classes are available at US$50/hour for individuals with certified international and local instructors. The sailing area is safe, quiet, with no swimmers and only a few advanced kitesurfers

Surfing. Sometimes you get good waves in mornings of windy season. Lessons, day trips and rentals are available, don’t hesitate to ask around. While Mui Ne is not the best destination for surfing, it can be a good place to give it a try. 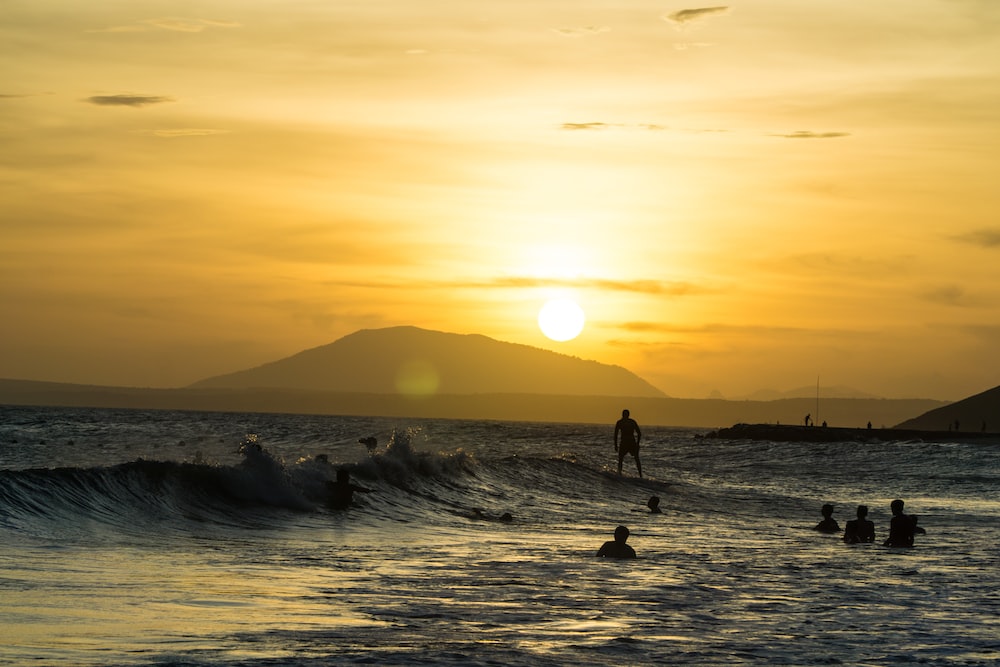