Phu Tho – a province lied in the north-east region of Vietnam, so-called as the origin of Vietnamese people. If you are looking for a journey with sacredness pouring in the air and respectful feeling when you visit a kingdom of Motherland, Phu Tho may be your best consideration that come at first thought when travel Vietnam.

BEST TIME FOR A PHU THO JOURNEY

Phu Tho is located in the subtropical monsoon region. The province has recorded average temperature of 23.5°C; the highest temperature and the lowest temperatures recorded have been respectively 29°C (July) and 15°C (February). Precipitation is in the form of rainfall, most of it falling during the monsoon period. Most of the rain usually falls between April and September.

One tip for your journey when traveling Phu Tho: In general, the climate of Phu Tho is please and comfortable almost every time around the year, so as the plenty amount of festivals holding throughout the year. I can mention Hoi Bach Hac, Chu Hoa Association, Fishing Association… They are hold throughout the year, so if you want to attend any one of these festivals, just schedule a departure on a nearby day or immediately the festival day. Phu Tho is also the place holding the national festival – reminiscence the death of the nation father Hung kings, taken place on the 10th day of the third month of the year, according to the lunar calendar.

Because of its strategic location, the province is known as the “West Gate of Hanoi”. It is located at the confluence of two large rivers: the Red River and the Da River, and in a transitional area between the Red River Delta the country’s northern mountainous provinces.

I must say that getting to Phu Tho is pretty easy, not mention whether you are in Hanoi, in the north of the country or in the southern side of Vietnam. You may choose your kind of transportation, varied from bus, train, motorbike, plane or the combination of them. In this post I will mention the way to get to Phu Tho from Hanoi and from the southern, you can ask the tourist agency for more detail information of other means of transport.

Phu Tho is about 77km away from the center of Hanoi, plus the road distance nearly 100km. It is considered to be one of the best historical places to explore in Vietnam. The cheapest way to get from Hanoi to Phu Tho is to train which costs $2 – $9 and takes approximately 2 hours meanwhile the quickest way to get there is to call a private taxi which costs $65 – $80 and takes just 1 hour and a few more minutes. There is a direct train departing from Gia Lam station and arriving at Phu Tho, served once daily, and operate every day.

If you are in the southern region, you can book a plane ticket to fly from HCMC to Hanoi then get on a taxi or a train to arrive Phu Tho. Two big and reputational airlines in Vietnam you can trust is Vietnam Airlines and Vietjet.

Mention the accommodation, there are 13+ hotels available in Phu Tho which prices start at $15 USD per night.

Phu Tho has bright culture for a long time. The history of Phu Tho province is linked to the 18 Hung Kings who were credited with building the nation of Van Lang – the first country of Vietnam.  The Hung Kings temple complex, located on Nghia Linh mountain in Viet Trì, is a complex of majestic architecture enclosing Ha Temple (built in the 15th century), Thien Quang pagoda, Gieng, Trung and Thuong temples, and King Hung’s tomb.

The history of the area is traced to Đền Hùng (the Hung Temple), located on Nghia Linh mountain, which is taken as evidence of the historicity of the province and the 18 Hung Kings who are credited with building the nation of Văn Lang. Hence, the province is considered the first state of Vietnam, with Phong Châu as its capital. There are many festivals in the province linked to this historical lineage. 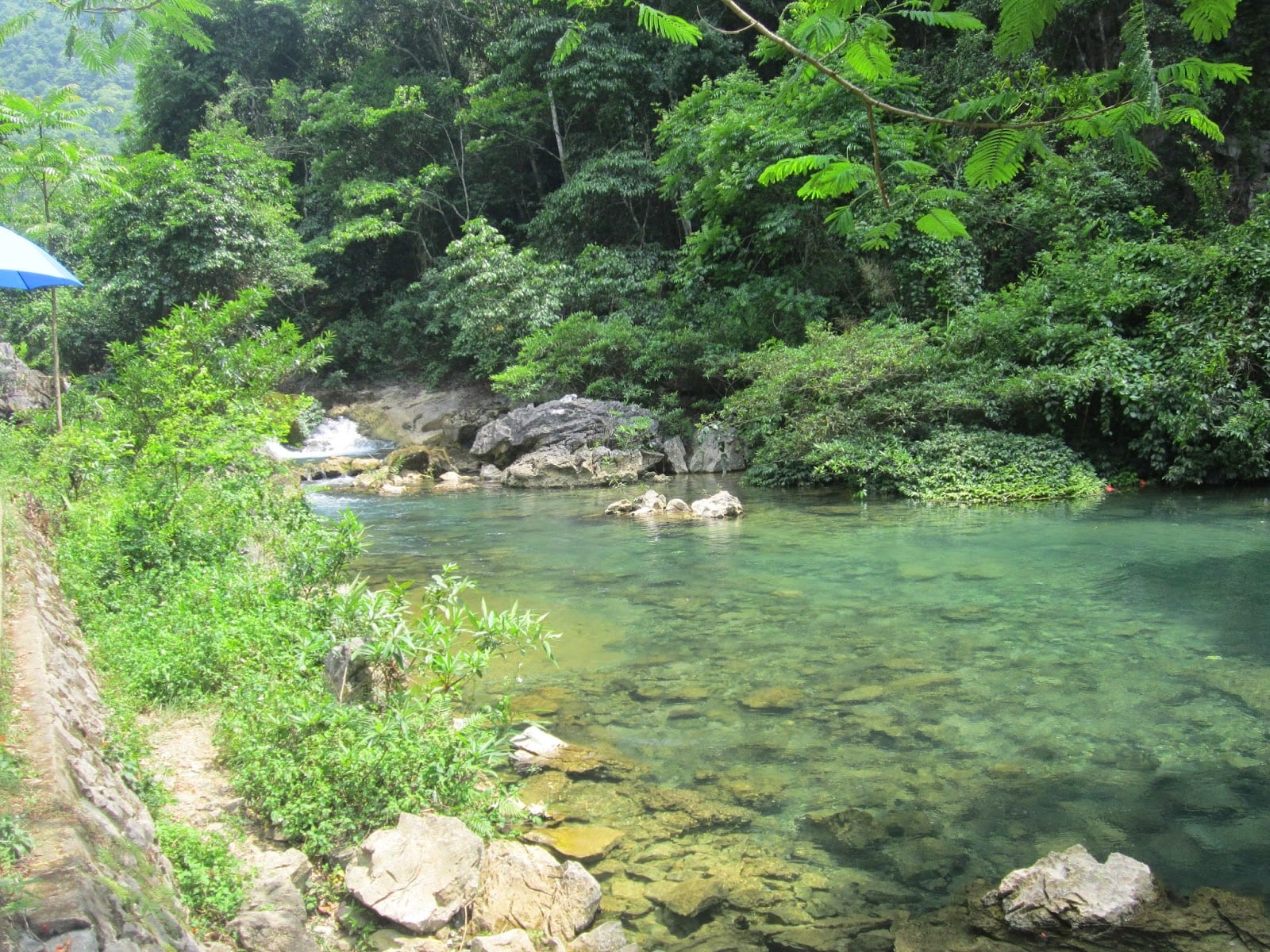 Only 80km away from Viet Tri City and 15km away from Ao Chau, Heaven Pond – Fairy Spring is located on Na Mountain in Ha Hoa district. The road to the Heaven Pond – Fairy Spring lies between hundreds of mountains peaks which have the average height of 500-600m above the sea level. However, the 1200m high peak of Na Mountain surpasses them all and stands spectacularly against the blue sky.

It is said that whoever has the luck to bathe in Heaven Pond-Fairy Spring in 3 years will have a skin as bright as pearl, a face as beautiful as full moon, and an soul as elegant as that of a fairy. Perhaps because of these tales, Fairy Spring has been magically attractive. Especially during hot summer days, there are hundreds of people who come there to relax and admire the scenery. 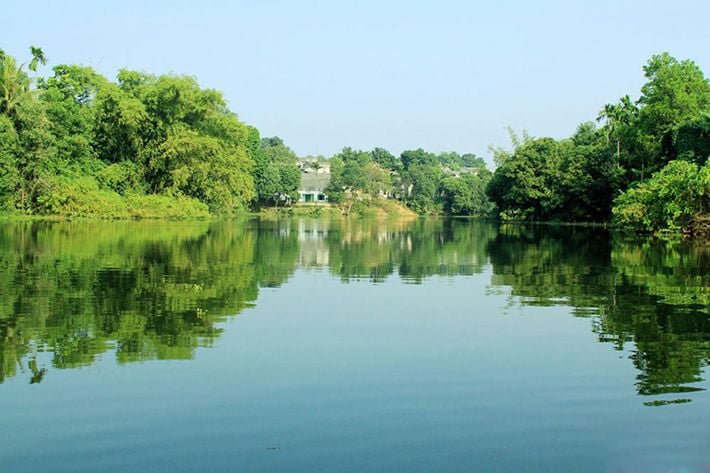 You might have heard about Halong bay, the so-called worldwide-famous natural heritage of Vietnam, but you might not know about Ao Chau, a mini version of Halong in Phu Tho Province. Located 50km away for Phu Tho district and 70km away from Viet Tri city, Ao Chau Pond is nowadays considered as a potential attraction of the land of Phu Tho.

This location is totally accessible: you can always go there by car, train or boat, etc., whatever can suit you the most. The water in Ao Chau is always fresh and clean, allowing many types of underwater species such as Golden Turtle, Trionychid turtle, etc. to live and procreate.  For the last few years, local people have been growing many types of healthy fruits which make the pond even more beautiful and attractive.

Visit the Hung Kings Temple, we’ll travel through the gate and hike up the steep steps which lead to Den Ha (the Lower Temple). Den Ha is said to have been the place where Mother Au Co gave birth to a hundred eggs which later turned into one hundred sons.